2019- September – Fast Forward in the Triangle

Fast Forward in the Triangle 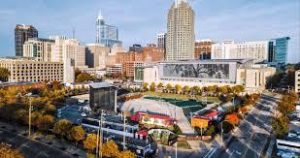 Please join our next Triangle CHRO Association gathering to engage in good conversation, food, and drinks.

In 1950 our state capital’s population was 65,000 and in the last 30 years it has grown by more than 7 times in size to 470,000. Raleigh now ranks as one of the fastest growing, most attractive cities in America. What spurred this growth and, more importantly, what challenges and opportunities lie ahead for Raleigh and the Research Triangle Region?

Our speaker, Harvey Schmitt, has been in the middle of some of the most important events in Raleigh’s recent past, such as:

He’ll give us a glimpse of how we got here and where we might be headed as a community and region. 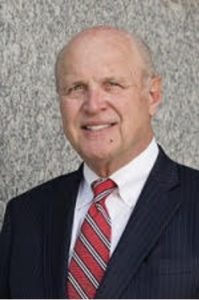 Harvey Schmitt was president of the Greater Raleigh Chamber of Commerce from January 1994 to June 2015.

He is a graduate of Loras College, Dubuque, Iowa.

In Raleigh, Mr. Schmitt played a leadership role in coalescing support for the PNC Center (sports arena), recruiting the NHL Carolina Hurricanes, building the Raleigh Convention Center, constructing the Triangle Expressway and launching the Downtown Raleigh Alliance, and the Regional Transportation Alliance. He has served on numerous local and regional boards. He is currently a board member of the Carolina Hurricanes Foundation and chairing the Greater Raleigh CVB Destination Strategy Blue Ribbon Task Force.

In retirement, Schmitt has remained active, working with the Research Triangle Regional Partnership and The Carolina Hurricanes, and serving as Co-Chair of the Department of Commerce Transition Team for Governor Roy Cooper. He also served on the board of Paragon Bank, a publicly-traded company recently purchased by TowneBank.